This magnificent one-bedroom (one bathroom) apartment is located in the 6th district in a typical Vienna building. It is stylish and fully furnished, has beautiful high stucco ceilings and parquet floors. The apartment offers a living room, a bedroom with attached bathroom with bathtub, a separate toilet, a fully equipped kitchen with dining area for four persons and an entrance area. The bedroom is equipped with AC. 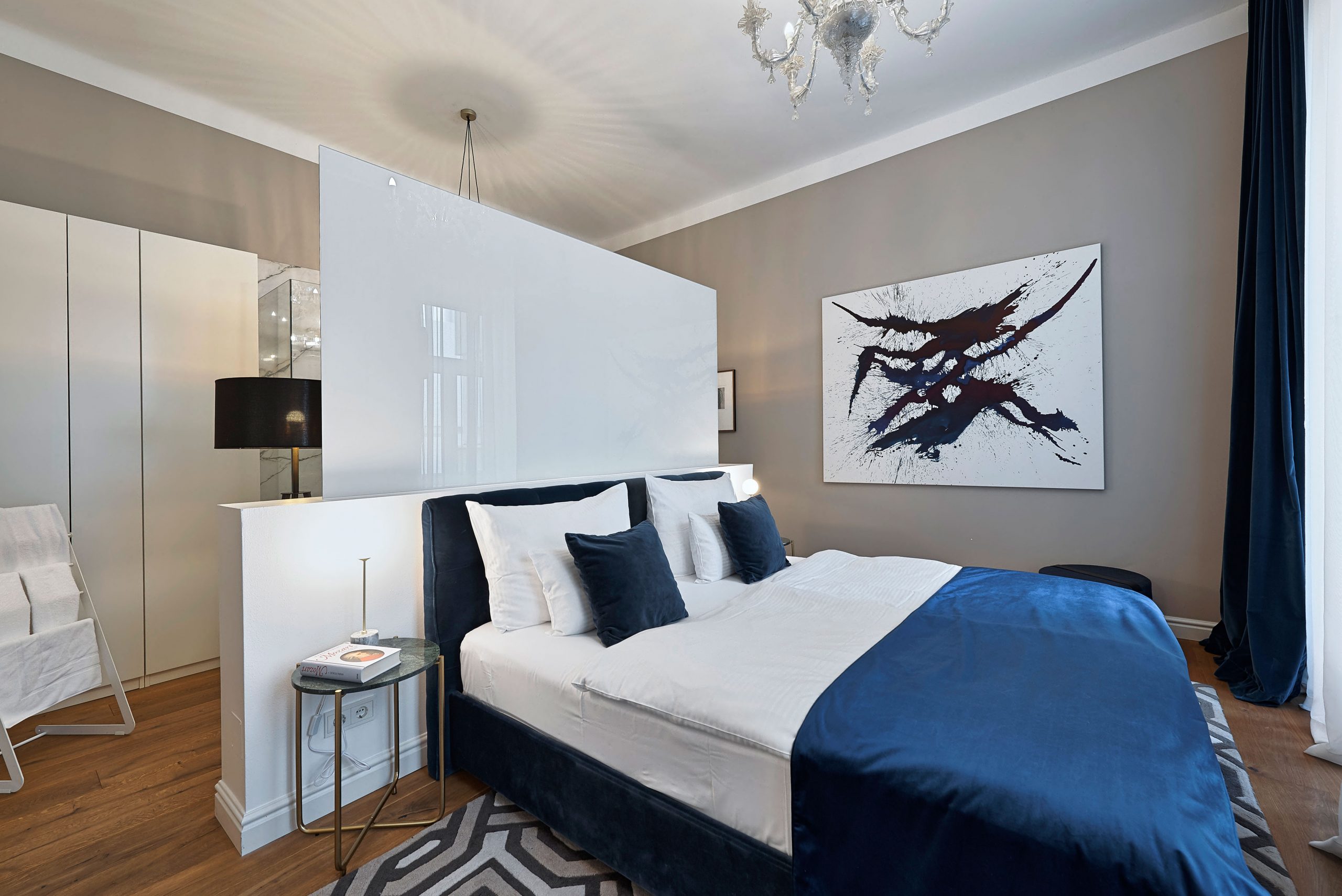 Particular emphasis was placed on quality furniture with exclusive materials. The design of the apartment is contemporary, complemented with design elements from the 1950s and 1970s. LED-Television sets with cable TV are provided in the bedroom and in the living room. Free high speed internet via Wi-Fi is available in the apartment.

Fresh towels, bath towels, bath mat and linen are provided. You will find cleaning equipment in the apartment. Housekeeping and turndown service are available on request at an additional cost.

The apartment is a non-smoking apartment.

The house has got an elevator, an intercom system and a garbage room.

The apartment is located opposite the Hubert-Marischka-Park. Around the corner is Gumpendorfer Straße, where many furniture and design shops are located. Around Gumpendorfer Straße the creative scene of Vienna has settled with many galleries and ateliers. In the 6th district there is also the famous Vienna Naschmarkt with its many colorful stalls and restaurants, the Musuemsquartier, one of the ten largest cultural centers in Europe, and Mariahilfer Straße – Vienna’s biggest shopping mile. The Theater an der Wien, Vienna’s new opera house, is also located in the 6th district. A few steps from the apartment is one of the most famous pizzerias in Vienna, Disco Volante, and several traditional Viennese coffee houses. Only one kilometer away is the Haus des Meeres. On more than 5 000 m², more than 10 000 animals are shown, from aquarium animals, preferably from the Mediterranean Sea and from tropical freshwater and seawater habitats, a terrarium section as well as a tropical house with birds, bats and monkeys which are not separated by fences or glass windows from the visitors. Interesting is the fact that the Haus des Meeres is located in a former Flakturm from the Second World War, which still rises like a memorial into the sky.

The next bus stop is a two-minute walk from the apartment.

Top quality & service are important to us. That's why we have been awarded over 500 top ratings as AirBnB Super Host. 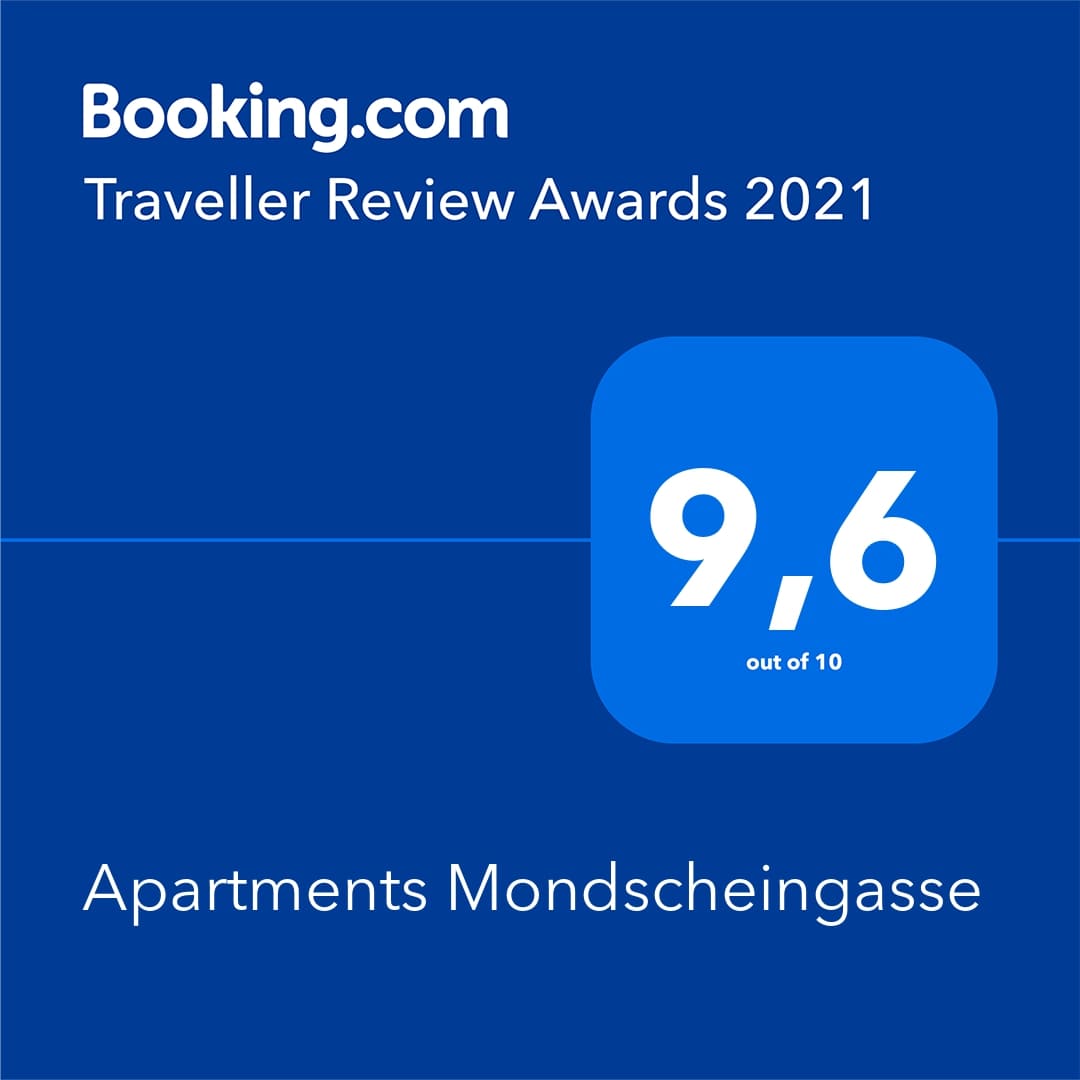